Whenever a new incident happens, meme-makers will be at full force to weave stories around it. And some memes are so funny that you can't stop laughing and wonder how come these guys are able to see that other side.

Other day with #RRR getting launched, there are various memes doing rounds with NTR and Charan's pictures going viral. Also, there is another picture where Rajamouli, NTR, and Charan are seen in a folding hands pose and thinking about something very seriously. And later they are laughing among each other. Meme makers got viral captions for these two pictures. 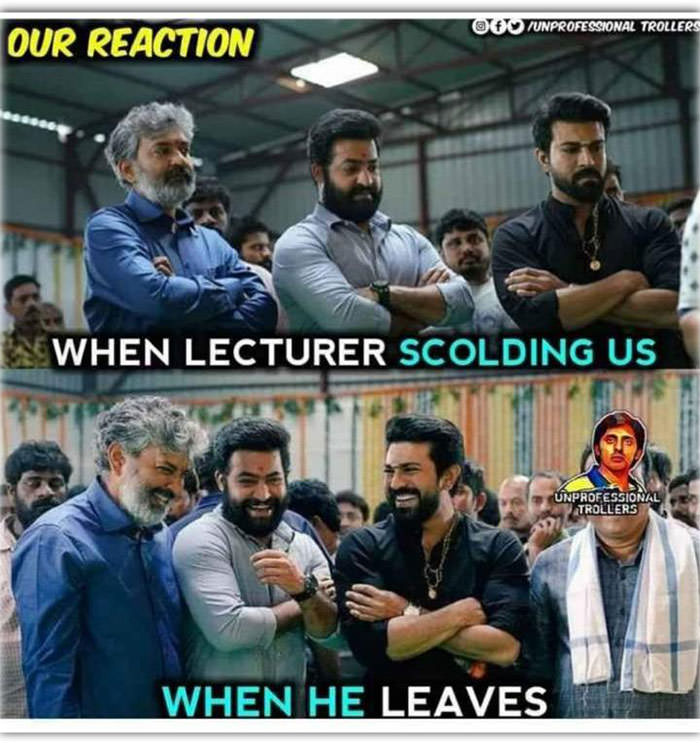 What is so stunning is that, despite giving no paper ads, no news, and no invite to media regarding #RRR muhurat event, Rajamouli got the maximum attention from all quarters. Because we have these meme makers and others continuously talking about it on social media.

For the now, we are seeing the best of fun around #RRR and when the film's posters and teasers arrive, then more memes might come for sure. Even if Rajamouli delays such stuff, meme makers are likely to target him!

Why This Comedian Turned Inactive On Social Media? Apr 14,2020126 Shares